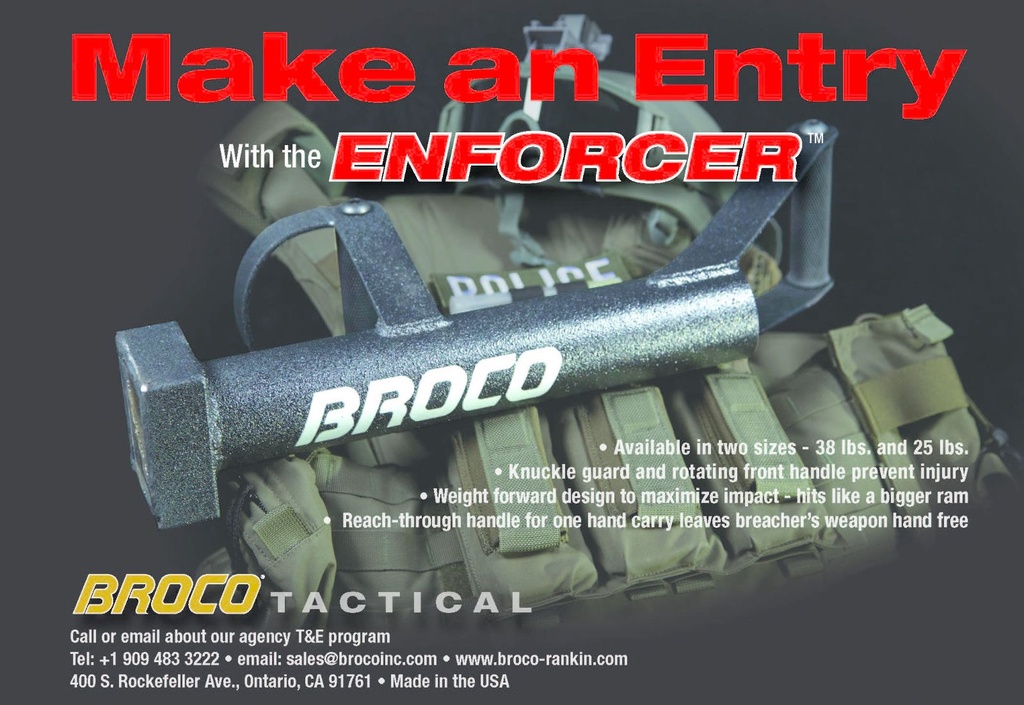 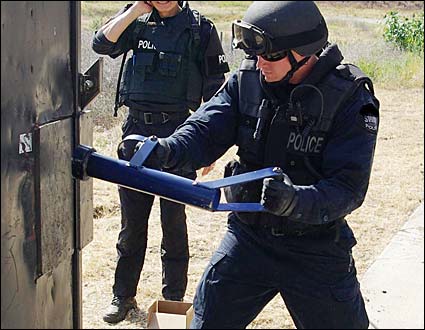 This product has no valid combination.

ENFORCER™ rams feature unique design ergonomics to maximize striking impact while maintaining a neutral wrist position throughout the arc of the Breacher's swing. Enforcer rams can be thrown overhand, underhand or from the side using a natural motion that derives energy from the hips and shoulders as well as the arms. Users find it's like swinging a baseball bat or throwing a punch.

The Broco ENFORCER™ breaches most residential doors within one to two seconds, and forces open doors with as many as seven different bolts, locking systems, and chains. 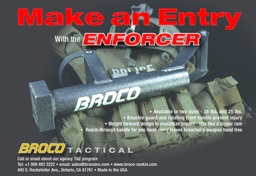