The joystick is mounted in an enclosure and control horizontal rotation, vertical elevation and nozzle stream pattern and have a momentary trigger button that can control an optional Task Force Tips valve with interface box by squeezing if desired. The monitor speed is proportional to the joystick movement. A sliding switch shall allow for flow control by adjusting the Task Force Tips gateable valve operation. The control requires 12 or 24 volt DC power.

The enclosure shall include membrane switches and LED lights to program and control programmable park and oscillate functions, and a toggle switch to control an optional Task Force Tips valve with interface box. Two additional membrane switches are included to control optional, auxiliary equipment such as a light. LED lights show gateable valve status and operation. A ten foot long, four-conductor cable with unterminated wires for connection to power and monitor shall exit the enclosure. Joystick control can be removed from its box and mounted into a console.

The joystick enclosure box shall include a circuit board to communicate with the Task Force Tips remote control monitor and optional valve interface. Internally mounted switches shall be included for the ability to choose which control station shall be dominant where additional controls are used, and to retain oscillate programming if desired. A storage bracket for the handheld control shall be included and shall comply with NFPA 1901 Section14.1.11. The unit have a unique serial number and shall be covered by a five-year warranty. 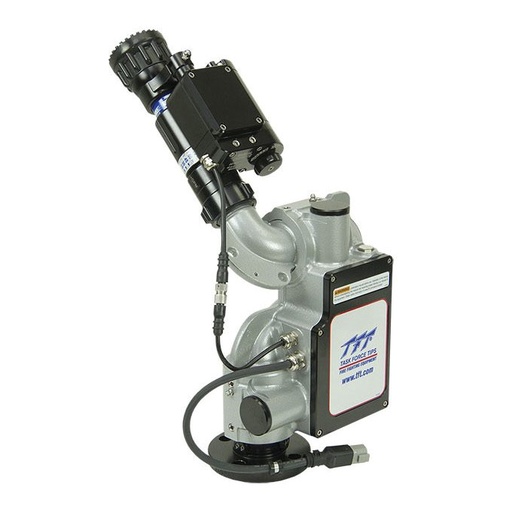 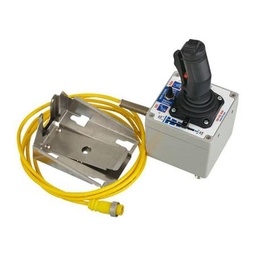